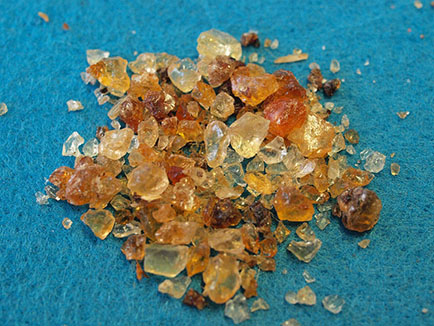 Gum arabic ranges from pale orangebrown in color and, when ruptured, releases a vitreous substance. Highquality gum arabic is round or tearshaped, orange-brown in colour with a non-glossy surface. When crushed or broken, the resulting pieces are paler in colour and vitreous. Unlike several other plant-based gums, gum arabic dissolves easily in water (up to 50%). Acacia senegal gum, in particular, has a low viscosity of 16ml/g on average. It forms a colourless, tasteless solution and is largely non-reactive when mixed with other chemical compounds.

Chemically, gum arabic is a slightly acidic complex compound composed of glycoproteins, polysaccharides and their associated calcium, magnesium and potassium salts. The key compound is a branched polysaccharide known as arabic acid or arabin. It is composed of a D- galactose (1,3)-linked base connected to branched (1,6)-linked L-arabinose, Lrhamnose and D-glucoronic acids. The proteins are known as arabinogalactans and are rich in hydroxyproline.

Gum arabic is a soluble, edible fibre. As a result, it remains functional within the organism as has been demonstrated by several studies. Edible fibres are defined as the remains of plant cells that are not completely hydrolyzed by enzymes in the small intestine and later diffuse into the large intestine, where they are fermented by microflora.

Polysaccharides from the membrane wall  (cellulose, semi-helluloses, and pectins) as well as cytoplasmic polysaccharides (gums, resistant starch and inulins) are also described as edible fibres. 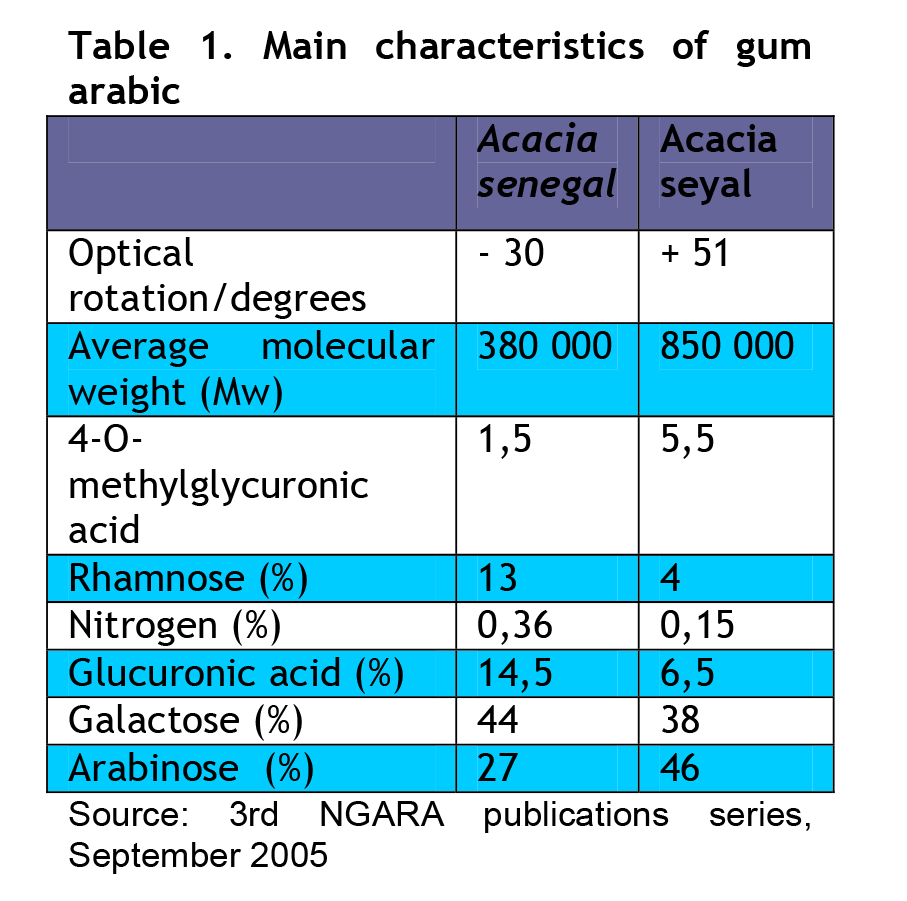 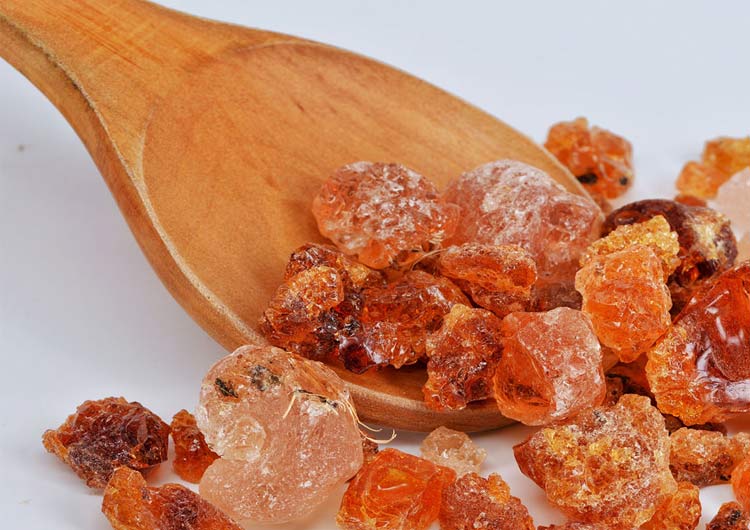 A photo of gums, source - startyourindustry.com

Gum Arabic has several domestic uses namely in manufacturing ink, making adhesives, crafts making, in cosmetic products, in confectionary and in foodstuff. It is also utilized locally in special meals and as chewing gum. Focusing specifically on human consumption, Gum Arabic is an excellent dietary product because it contains less than 1cal for every gram.

The Hottentots in southern Africa can survive for several days on nothing but gums, while Moorish populations in northern Africa sustain a daily portion of 170g of gum (Grieve, 1931). Fagg and Stewart (1994) report that A. gerrardii is consumed in Oman whereas, according to Story (1958), bushmen in the Kalahari  consume A. mellifera subsp. detiens, A.  erioloba, A. erubescens, A. fleckii and A. tortilis subsp. heteracantha.